IT IS, but it is also light

IT IS, but it is also matter

In 1984/85 Ton van der Laaken (1952) made the Monument for circular movement nr. 2, a mural consisting of a circle, or rather a circle and a half. One end narrows and turns back on itself. It looks like a sort of maquette showing a complex route through a corridor, going inwards with no apparent exit or way around. This ‘building’ symbolises the cyclic course of life, like the Ourobouros, the snake of time that devours itself and is reborn.1 ‘When life is seen as a unique event with death as its terminus, then all that’s left is matter; …but on the other hand there is the view of life as a temporary refuge. Death then means transformation, the transition to the next state of being’, wrote Ton van der Laaken in 1997 in connection with his art commission for a general provision of a zone for ashes in a cemetery.2
This philosophy of life runs parallel to Ton van der Laaken’s body of artistic ideas. Completely in line with these ideas, he has chosen in the book at hand, Moments of appearing emptiness, a cyclic structure rather than a classical, historical linear pattern.
The book can be read as a hypertext.3 Ton van der Laaken himself would not use this word, since, unlike in the virtual domain, the idea of the book is not based on a technical principle but is rather meant as an imaginary mental space. His book is the repercussion of a body of work in the form of work in progress, the result of a spiritual path aimed at ‘a reflection in yourself, without beginning or end’, as he tells me.4 Art and life come together here, a reference not only to the American avant-garde composer John Cage from the 1950s but also to oriental philosophy. Unusually, he mentions karate in this connection, a sport that he has practised himself. ‘At the end of that path you have the experience of an expert but the spirit is open like that of a child.’5
The book consists of different sections and parts and within these Ton van der Laaken’s work is arranged and numbered non-chronologically. The reader may find what appears to be the final piece in the middle of the book or at its opening, like the snake biting its own tail. The last section consists of the light drawings that Ton van der Laaken started with as an artist in 1977. Light turns out to be the most important constant in his work. It is also the word mentioned most often in our conversations. He talks in a fascinating way about the reflection of light, the observation of light, light as opposed to dark, black as the source of light, condensed light, light intensity, light that dissolves matter, the transformation of light. While looking at his drawings, paintings and sculptures, photographs and installations, we see another constant: architectural spaces, sometimes empty, other times colossal, mysterious or frightening. The titles of the booklets refer to the nature of the space or a specific emotional value, for example: isolation space, past space, lost space, spaces of coloured emptiness, desert spaces.
How does Ton van der Laaken materialise an intangible phenomenon like light, and how does he dematerialise buildings, whether he makes them himself or just encounters them somewhere? What conditions does he create and what happens when the viewer – whether in reality or in thought – enters his works of art? How does a new totality of seeing-feeling-perceiving-experiencing arise from this, summarised in a book that can be read as a perpetuum mobile?

In his studio, a former shed in his back garden, hangs a small photograph of one of his first light projections. The photograph is folded and pinned up in one of the corners. Delicate, like a fragment of a cobweb catching just a bit of light. He refers to this new staging as an ‘updated photo’, in the same way that the book at hand presents an updated vision. This new icon is more fragile even than the original photographs of his early light installations and makes his vision, which was already then averse to spectacle, even more intense now…………………………………………….. 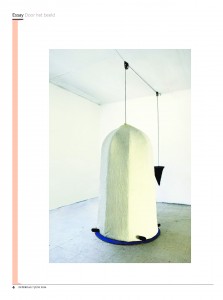 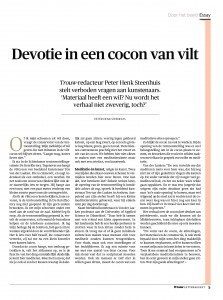 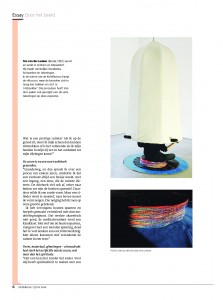 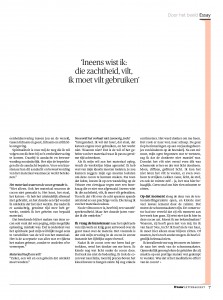 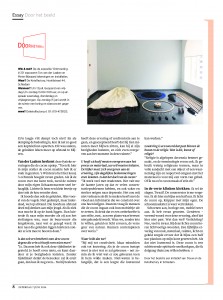 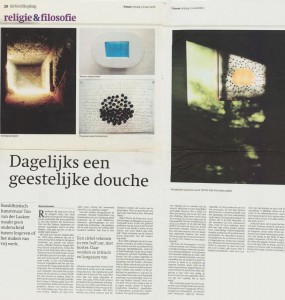 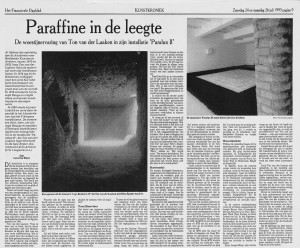 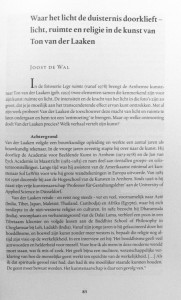 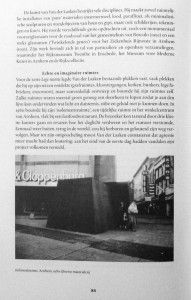 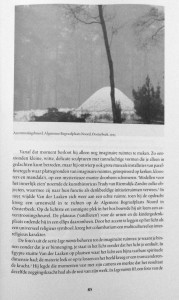 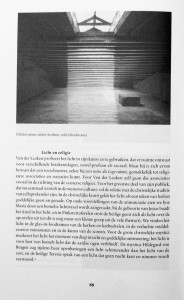 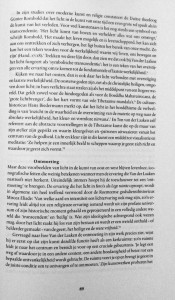 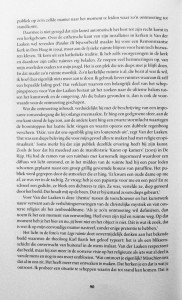 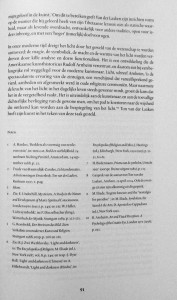 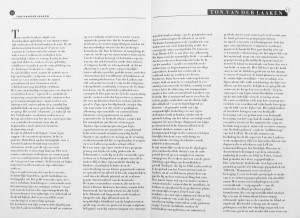 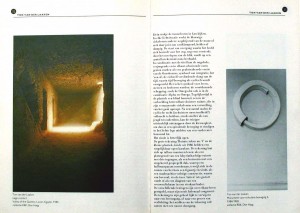 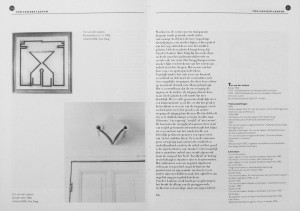 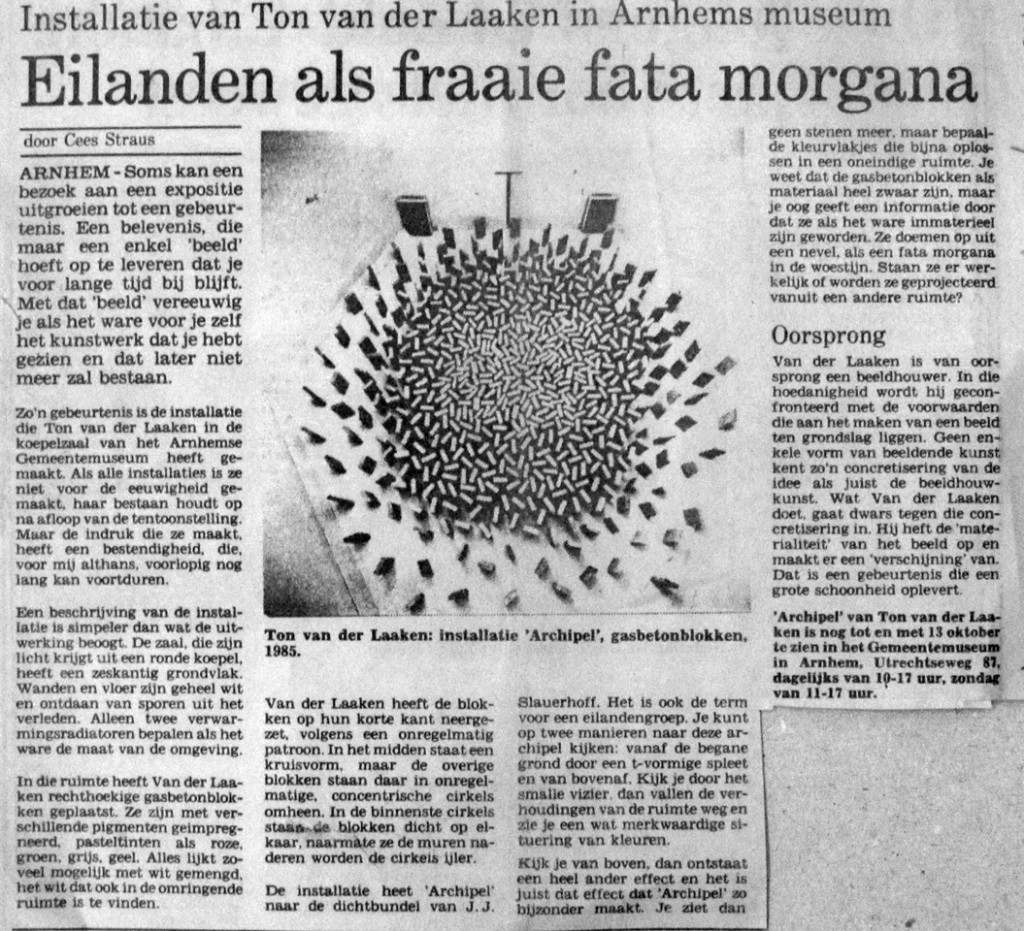 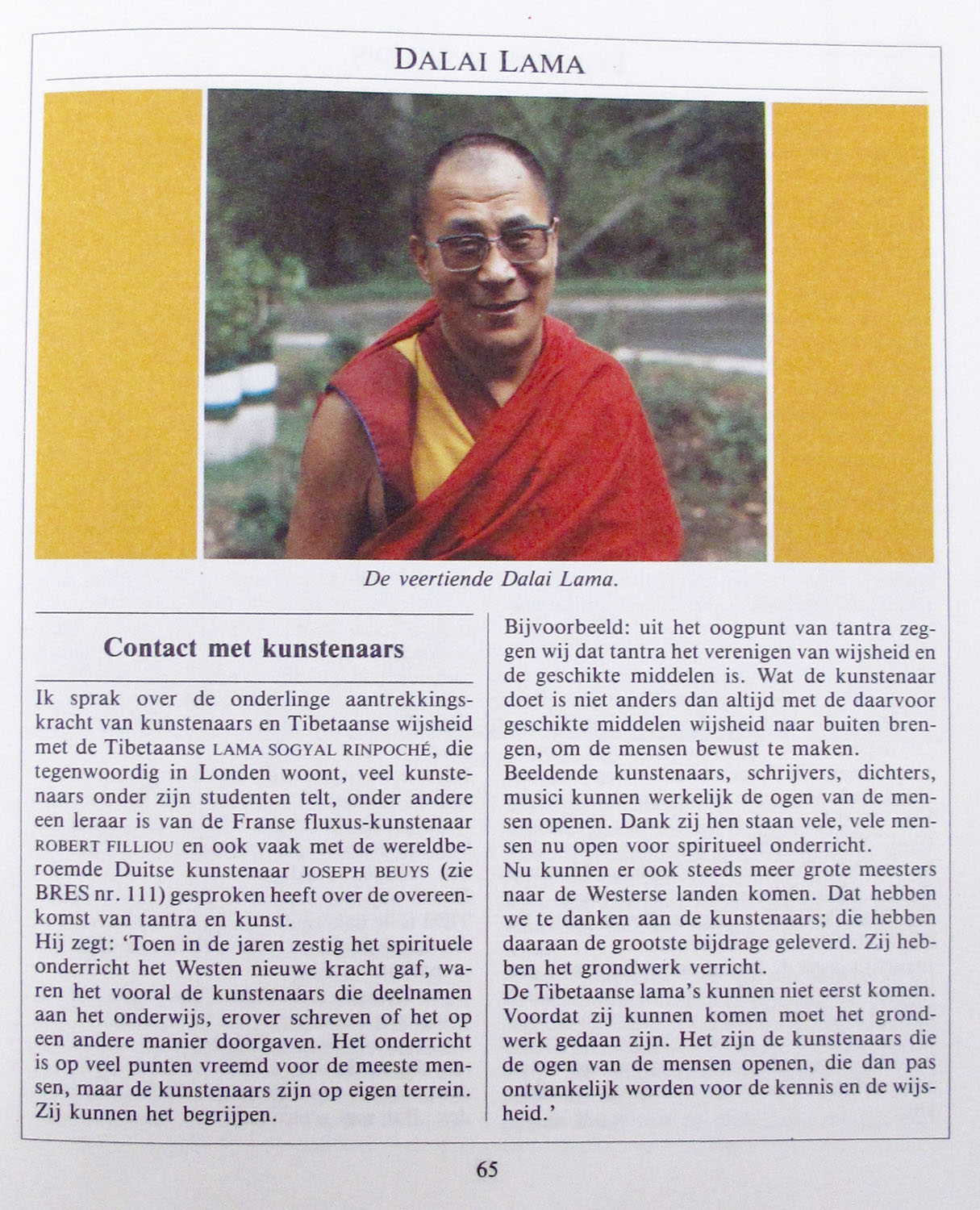 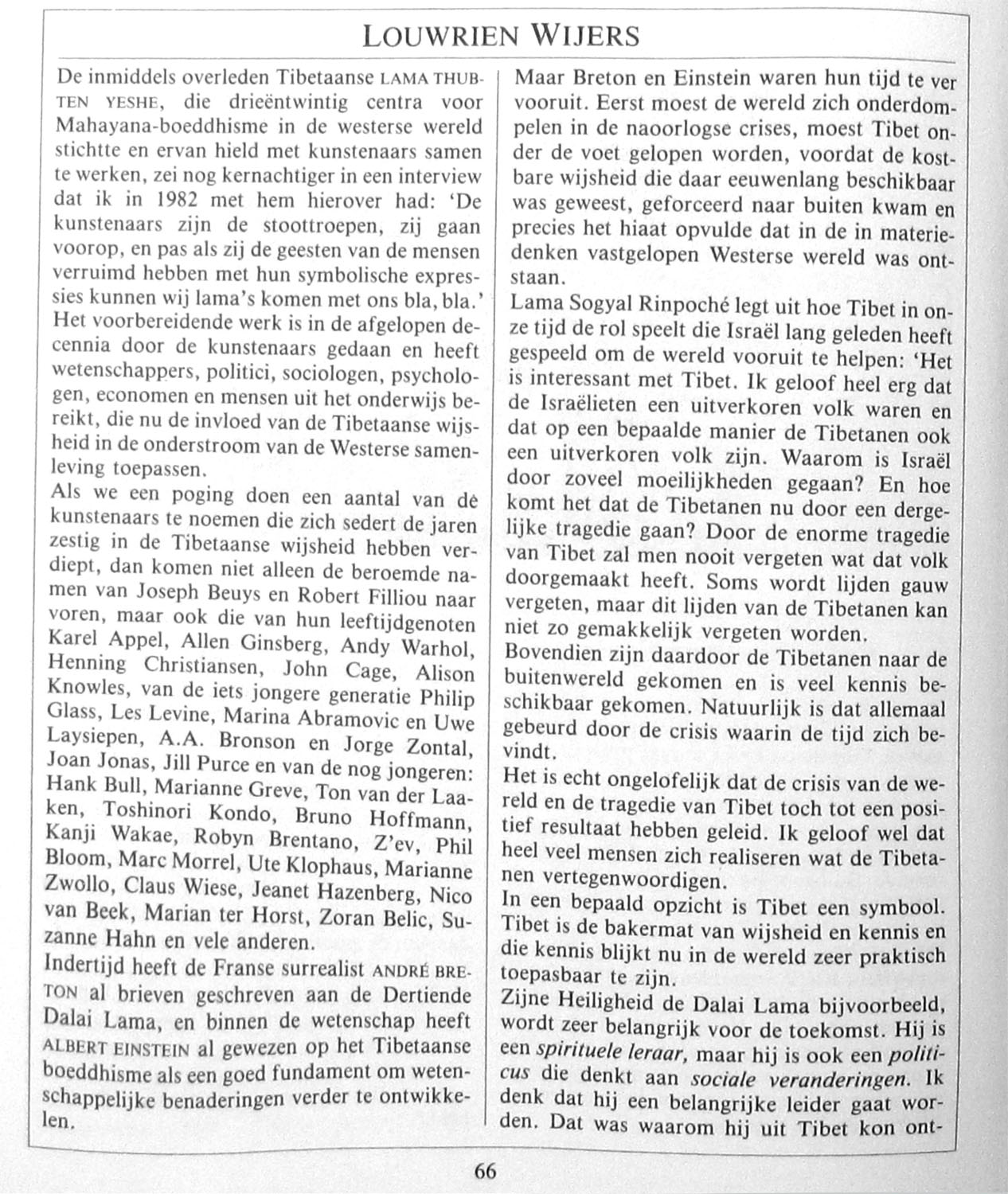 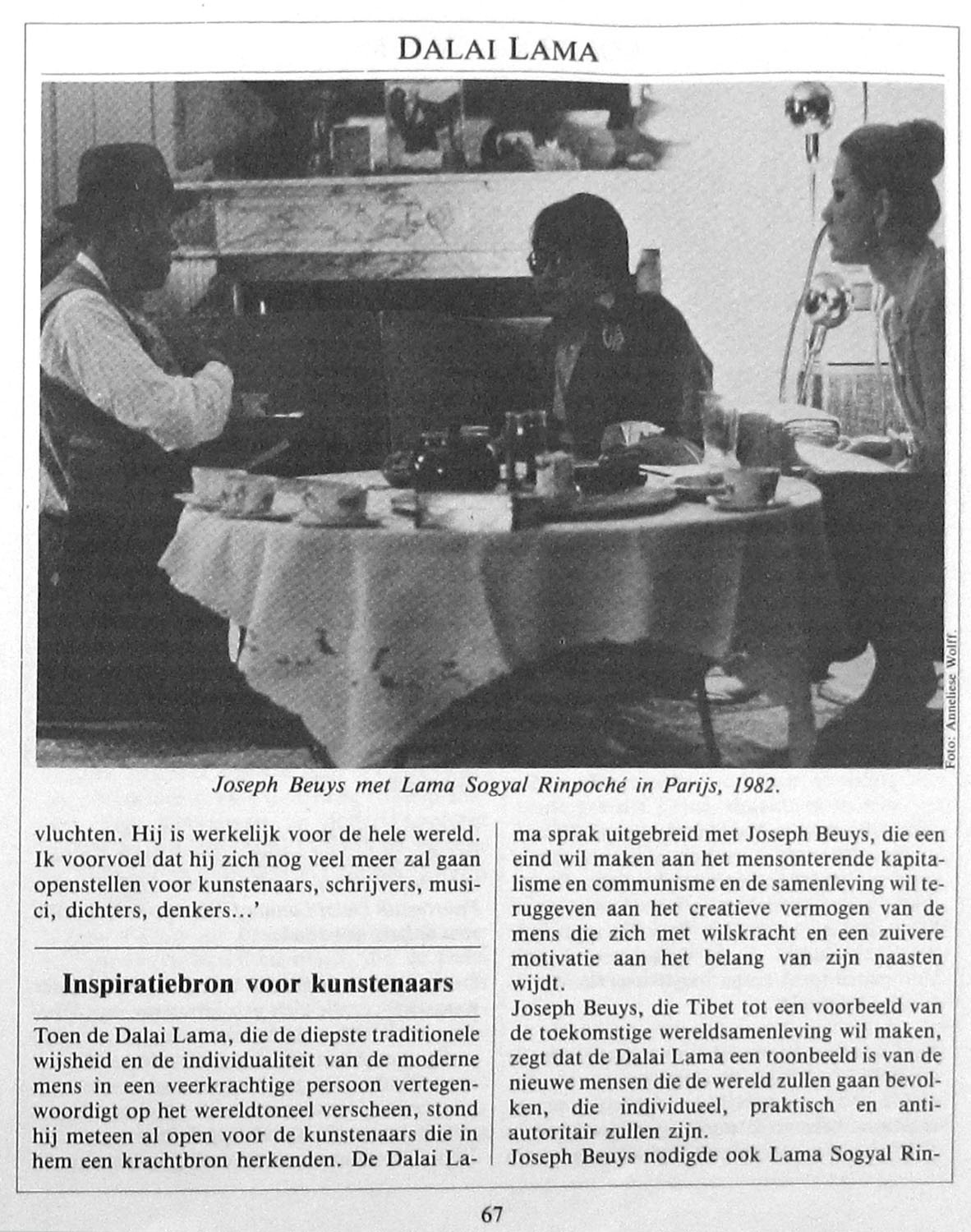 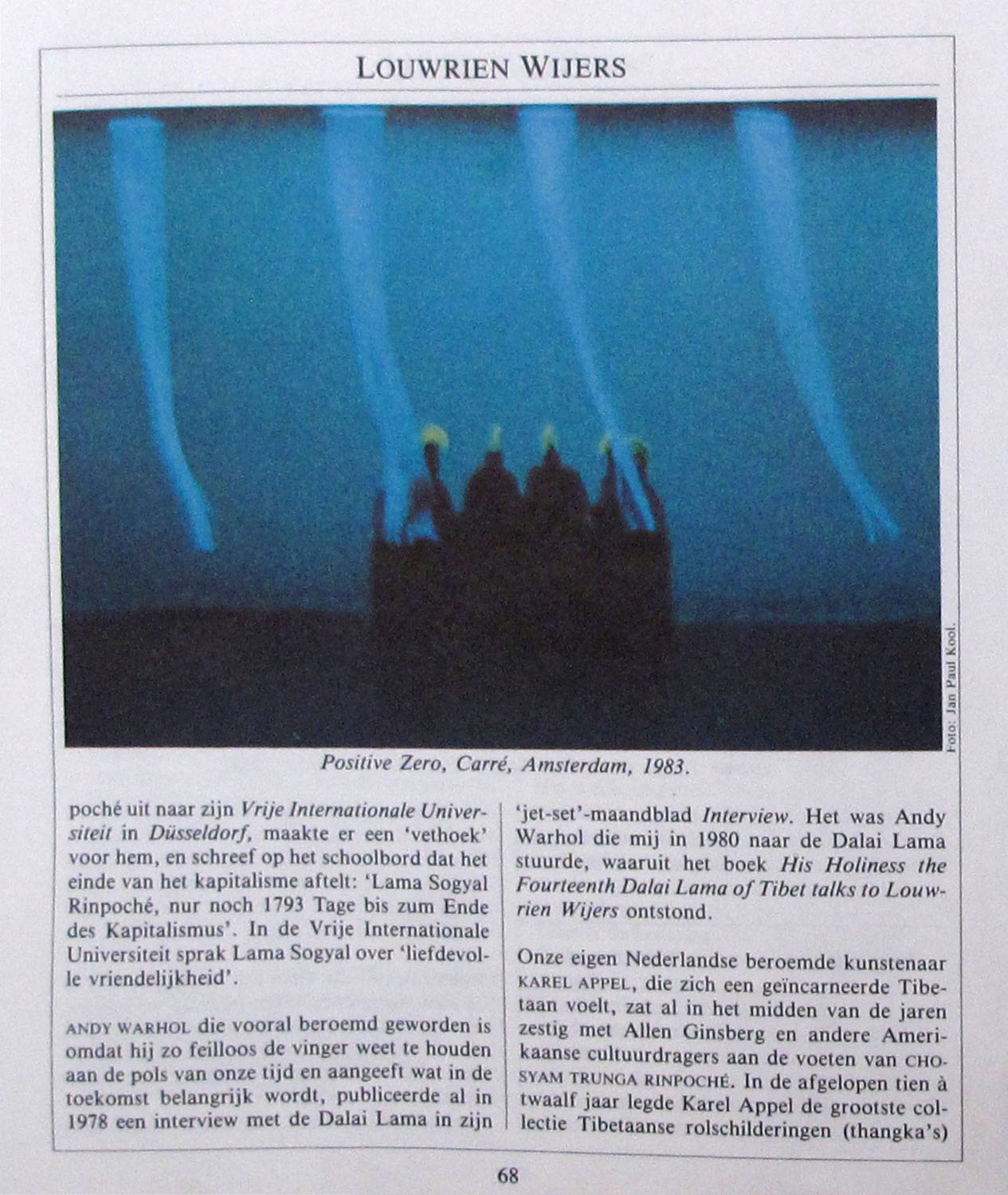 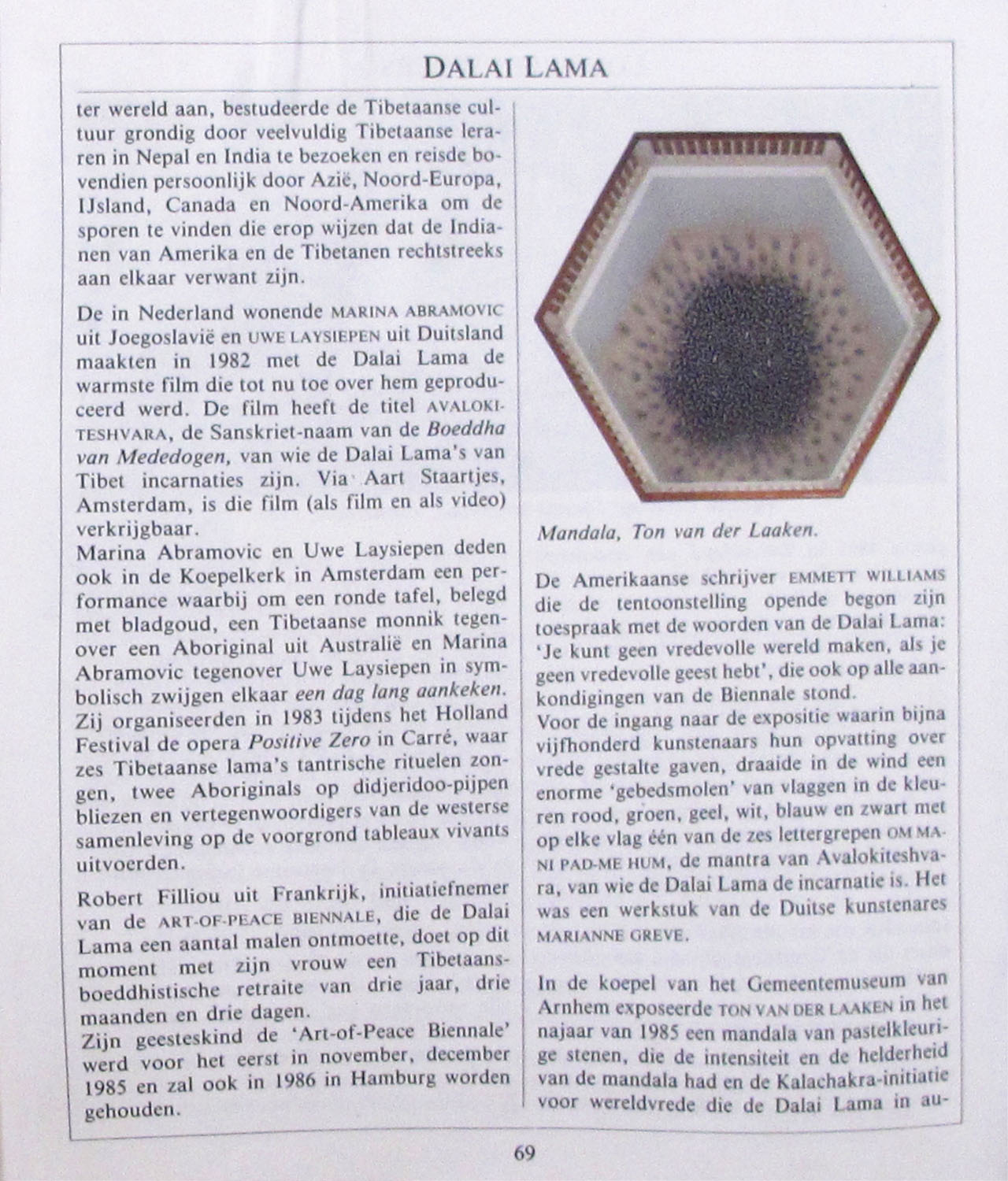 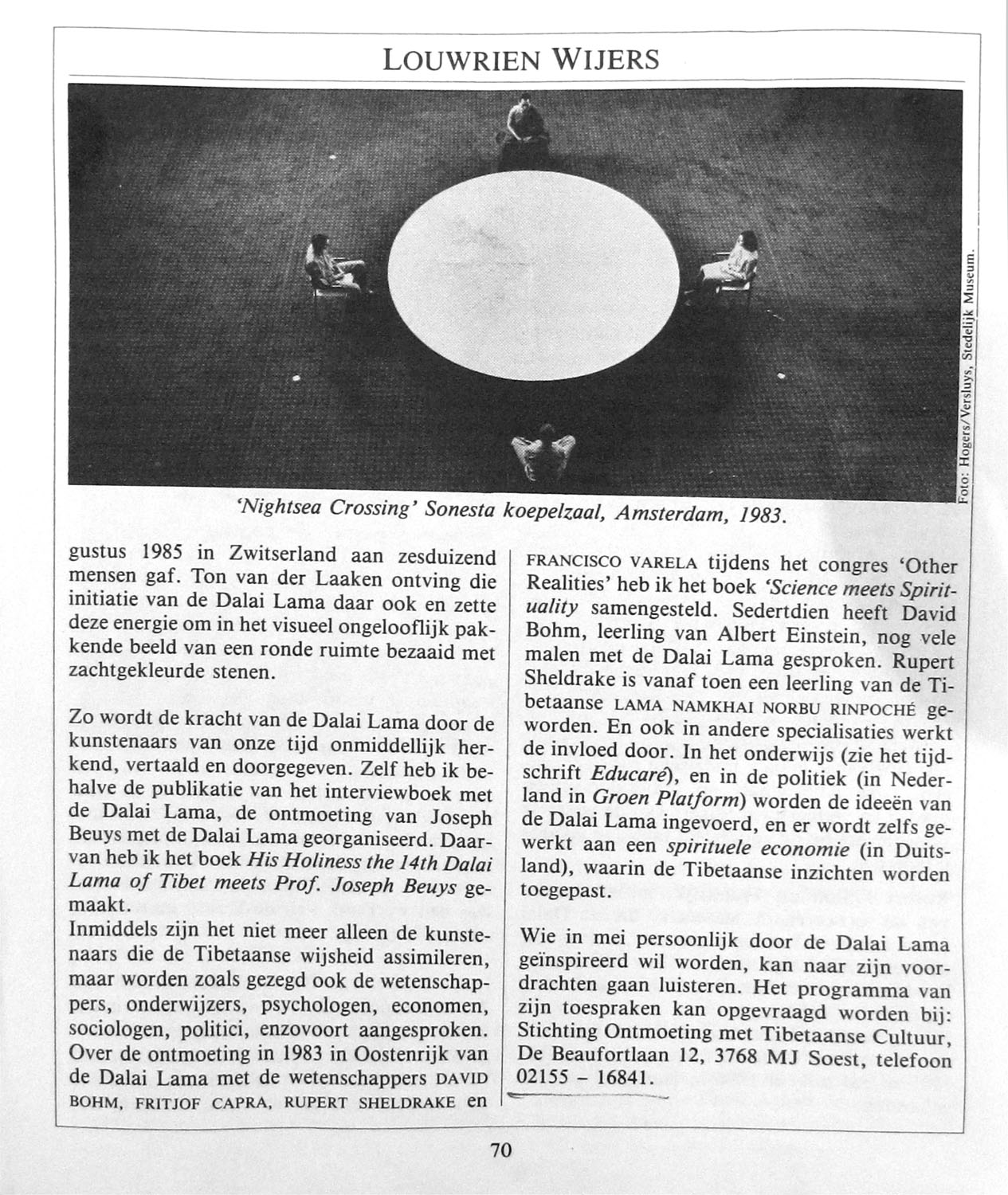