Ton van der Laaken, 1952 Breda (NL) lives and works in Arnhem and Düsseldorf.
Studied liberal arts at the Art Academy in Arnhem and his MA in “Mixed Media” at the Jan van Eyck Academy in Maastricht.

Over the course of many years, Ton van der Laaken has collected impressions of different ways that light manifests itself in empty spaces and expressed these in various media. During his various travels, he photographed the light in vacant spaces, whether these are empty corners, factories, bunkers, excavations in Egypt, monasteries, a prison, a car park or a building place.

1986 – 1996 Lecturer at the Art Academy in Arnhem and Academy of Architecture in Rotterdam and Arnhem.
1996- 2017 professor of Art and experimental visual and spatial concepts at the Department of Design at the University of Applied Sciences Düsseldorf(D)
From 2016 onwards, works on mindspaces “bringing the mind home”. 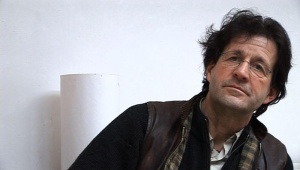